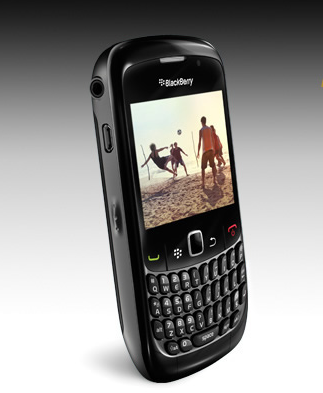 The new BlackBerry Curve was a common stocking filler this past Christmas. It was released in November 2009 and can be found through many carriers including AT&T, T-Mobile, Wirefly, Sprint, U.S. Cellular, and Verizon Wireless. It comes in white, frost, black and violet.

So far the responses have been excellent. Westport Verizon Wireless Store Manager, Tamar Bundy notes that a lot have already been sold, and people really like them.

He explained some of the new key features, including receiving wi-fi, an optical pad which is easier to use and more reliable than the old track pad, an enhanced browser that looks just like a computer, dedicated music keys on top making it a better MP3 player, as well as a clearer resolution and lighter weight.

“The texting is set up like it is blackberry messenger unlike the first model,” she said.

Her favorite new feature is the wi-fi because she “can connect to the internet wherever [she] goes, and it works a lot quicker than the other models which dont have wifi.”

Tagen, like many others, also enjoys its light weight; it weighs only 3.7 ounces. This is a significant change from the old curve whose weight was as high as 4.8 ounces.

Shannon Lesch ’12, asked for the phone for Christmas and is delighted with her new phone.

“I like everything about it, there is nothing I don’t like. It’s really easy to text on,” she said.

BlackBerry has done it again, putting another impressive model into the hands of eager Staples students, and this time its better then ever.