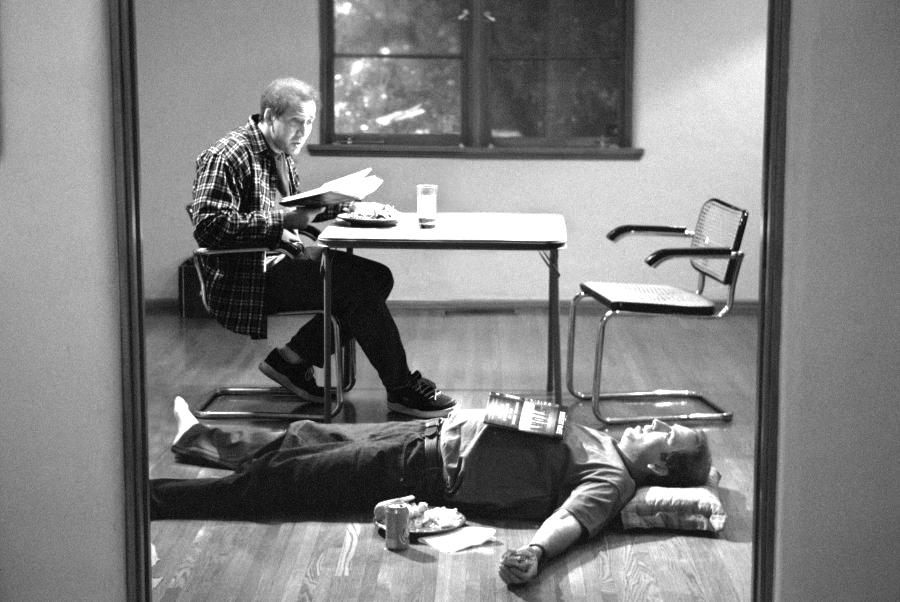 1) Adaptation (2002): “Adaptation” is the number one movie of the decade for its biting wit and uncanny way of examining the human spirit. Director Spike Jonze and screenwriter Charlie Kaufman create a film that is full of lucid imagery and brilliant depth. The three stars of the film, Meryl Streep, Nicolas Cage and Chris Cooper, are brilliant in their roles. They act with a certain intensity that works wonderfully with the film’s overall feel. The film’s plot involves components of the movie business, the literature business, and the flower business. “Adaptation” is a modern marvel that keeps you enthralled the whole way through.

2) Pan’s Labyrinth (2006): Guillermo Del Toro, director of underrated films such as “HellBoy” and “The Devil’s Backbone” created a film that leaves you stunned for days. “Pan’s Labyrinth” focuses on the Spanish Civil War. It is far from a war movie, however. What sets it apart from all other films is its balance. Del Toro switches between two storylines, one about a young girl and her mother living during the Spanish Civil War, and one about that same girl who creates a world for herself involving a faun, mystical creatures, and a maze. The film conquers both visually and emotionally, leaving you stunned for days.

3) The Departed (2006): No one had a better film decade than Martin Scorsese. His 2006 crime thriller “The Departed” is one of his very best. For the past 30 years, Scorsese has mastered the art of crime, showcasing his mastery in past films such as “Mean Streets” and “GoodFellas.” What sets the film apart is its ability to reveal human emotion in such a non conservative manner. Leonardo DiCaprio, Matt Damon, Jack Nicholson and Mark Wahlberg, all shine in their roles, displaying why they are they are considered “A–Listers” of the movie business. The film is about crime and sins; honor and principle in the city of Boston. “The Departed” is Scorsese’ best work since “GoodFellas.”

4) Memento (2001): Christopher Nolan made a name for himself over this decade as one of the most intelligent directors in modern film. “Memento” is his peak achievement, a film about a man with short-term memory loss trying to uncover the murderer of his wife. The film is shot so the audience can go through the same journey as the main character, Leonard. Instead of knowing what is going to happen, the viewer begins to think like Leonard. This affect is what makes the film so fascinating. Guy Pearce plays Leonard with great vigor in his best performance to date. “Memento” is a film that requires a lot of thinking, but certainly has a pay-off worth waiting for. While Nolan has went on to make bigger budget films such as “The Dark Knight” and “The Prestige,” “Memento” still reigns supreme due to its constant thrills and powerful meaning.

5) There Will Be Blood (2007): In a year of polarizing dramas such as “No Country for Old Men” and “Zodiac,” none are quite like “There Will Be Blood,” directed by Paul Thomas Anderson. The film is a semi-adaptation of Upton Sinclair’s novel “Oil!” starring Daniel Day–Lewis as oil tycoon Daniel Plainview. What makes the film great is Anderson’s attention to detail. The musical score of the film is consistently absorbing thanks to a wonderful job by Radiohead’s Jonny Greenwood. But it’s Day–Lewis who makes the film, galvanizing a character who runs on pure voracity and wealth. Ignore the “hefty” running time, and just watch two masters of modern film at work.

6) Gangs of New York (2002): Martin Scorsese appears twice on my list with his potent epic “Gangs of New York.” The film focuses on Irishman Amsterdam Vallon (Leonardo DiCaprio) who was the son of a fallen gang leader whose nemesis was American, Bill the Butcher (Daniel Day–Lewis). The bulk of the film revolves around Amsterdam’s rise to the top as he gains respect from fellow gang members and eventually Bill the Butcher himself. As always, Day–Lewis steals the show, electrifying and thrilling as the cold hearted killer. The film is a first rate look at the level of crime and offense during the early era of New York. This is Scorsese’s most beautiful looking picture, and it’s one of his finest.

7) Crash (2005): Paul Haggis’ “Crash” is considered one the biggest best picture surprises of all time. I beg to differ. The film’s plot is involves several different storylines, all revolving around the film’s biggest message, racial acceptance. Haggis uses downtown L.A. as his setting in this emotional powerhouse of a film. Matt Dillon, Don Cheadle, Sandra Bullock and Terrance Howard are all in top form. The direct result of the film is exactly what Haggis intends, a feeling of both disgust and sympathy for the characters.

8 ) Gladiator (2000): Ridley Scott, director of movies such as “Blade Runner” and “Alien,” gave audiences something to cheer for in his 2000 blockbuster “Gladiator.” The film’s plot is semi-accurate, revolving around Maximus (Russel Crowe) and his journey in and out of both the wonders and hardships of Ancient Rome. Chances are you have heard of this one. The movie is about a man who had all the power and responsibility in the world, and how he lost it all. Maximus goes from almost being near king, to being a slave, to becoming a gladiator. The film tackles subjects such as honor and trust, always keeping the viewer engaged.

9) In Bruges (2008): “In Bruges” is crucially misunderstood by both audiences and critics. Most people seem to think that “Bruges” is trying too hard to be serious, but still funny. I believe the film works so well because of its ability to create a balance between the two. The film’s plot involves two hit men in Bruges, a city in the center of Belgium. Colin Farrel and Brandon Gleeson both own their roles, funny and haunting at the same time. It is hard to imagine that a movie about a boring medieval city in Belgium could be so engrossing. As time goes, I believe people will began to discover the true brilliance of In Bruges.

10) The 40 Year Old Virgin (2005): Rounding out my list is the ground–breaking comedy “The 40–Year–Old–Virgin” directed by Judd Apatow. I say ground–breaking because it was one of the first comedies to challenge audiences since “Annie Hall”. The film began a brilliant run for actors such as Seth Rogen and Steve Carell, who absolutely steal the movie, leaving audiences shocked with laughter.

No Country for Old Men

A History of Violence