Taste of the Town, the Best Burgers Around 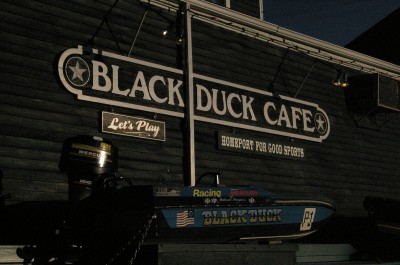 With the opening of Five Guys soon to come, it’s the perfect time to review Westport’s best burgers. Westport actually has some really good burger joints. I am not one to normally crave a burger around Westport, but after today, I may have to reconsider that stance. In comparison to the buffalo wing and pizza reviews I did, Westport’s burgers are by far the most consistent from top to bottom. So, if the line is too long at Five Guys, don’t be afraid to take a look at these four stops.

1. Price/Value: Self explanatory. How much do these meals cost?

2. The Meat: Is it fresh, tasty, seasoned? Are the burgers cooked to a desired level?

3. The Bun: The most overlooked part of a good burger. Does it enhance the burger?

4. The Sides: How are the French fries, pickles, cole slaw, etc.?

5. Originality: Does the place offer different types of burgers. Are they good?

The Review: Like the Diner really needs an introduction. While I’m sure many have tried the Diner’s omelets, pancakes, soups, and milkshakes, the chefs at the Diner can still make a pretty mean burger. While my burger was overcooked, the perfectly proportioned sautéed onions and peppers more than made up for it. The bun, too, was one of the best of the four restaurants—lightly grilled and tasty. Accompanied by a healthy batch of fries, cole slaw, and pickles, the meal was overall very good. Considering its quick service, it’s hard to go wrong with a burger at the Sherwood Diner.

The Rating: B+. The burger was a bit overcooked, but a little ketchup can cure all.

The Review: A second–time visitor to the “Best in Westport” series, Bogey’s has been a staple of Westport’s food scene for a long time.

While not exactly known for one food in particular, Bogeys had quietly developed a reputation for having good hamburgers, so I decided to give them a try. Despite the fact that the waiter got my order wrong (I received a cheeseburger without cheese), the experience was once again positive. My burger was served with sautéed onion and hot bell peppers, with a side of some fat fries and a joke of a pickle. While the onions and peppers were great, there were just too many, as they took away from the flavor of the burger.

Amazingly (and yes, this is amazing considering about half of the burgers I ever order are overdone), the burger was perfectly cooked. While the actual burger was a little dry, it was hardly something to complain about.

Bogeys narrowly beats out the Diner.

The Rating: B+. While the burger contained too many toppings, it’s hard to mark Bogey’s down too much. After all, onions and peppers are delicious.

The Review: A “do it all” restaurant, Dunville’s makes its debut in the “best of the town” series. However, after tasting their wings, I have to say that it is a travesty that I did not include them in my buffalo wing review. Their burgers, too, were impressive. Not knowing that I had to specify what went on a burger (I assumed a hamburger would come with lettuce, tomato, onions, etc.), I received a plain burger with nothing on it.

Yet somehow, despite its blandness, it was delicious. With a little help from ketchup, the juicy burger was shockingly very tasty. The bun was lightly grilled, which was nice, and the burger must have been seasoned well. While the burger was delivered simply (with mediocre fries and a pickle), it did have a lasting impact. I recommend Dunville’s to any burger lover and for Sunday brunch.

The Rating: A–. Probably the best plain hamburger I’ve ever had. Too bad I couldn’t experience something more daring.

Price: $10 for a large burger and fries, plus tax

The Review: I asked myself the first time I entered The Black Duck, “why don’t I come here more often?” It’s awesome. Recently repainted, everything about the Duck is very inviting: six HDTVs, a great atmosphere that finds a way to cater to both families and hardcore sports fans, and a friendly staff. The bar, which overlooks the water, seems like the place to be on weekends, as business has apparently been booming since the restaurant was featured on Food Network.

After ordering the “Black Duck Burger,” I was excited. It certainly sounded good; the menu said that it was “smothered with sautéed peppers, onions, and mushrooms” and that it was “somewhat historic.” Did it live up to the expectations? Well, it’s hard to say. When I received my order, I was disappointed. There were not enough peppers or onions on the burger and the wide fries and Cole slaw did not exactly look appetizing. However, the burger itself was excellent. This was a big—and I mean big—piece of meat that was very well seasoned and cooked to perfection. And the fries, despite their look, tasted fine after I added some salt. Here, the Duck solidified itself as one of our favorites, ranking in the top 3 of both our wing and burger reviews. I’d have to narrowly put The Black Duck number one on my list for Burgers, as the variety of burger choices The Duck offers trumps any of the other restaurants.

The Rating: A. Looks can be deceiving; the Duck’s burger was almost perfect.