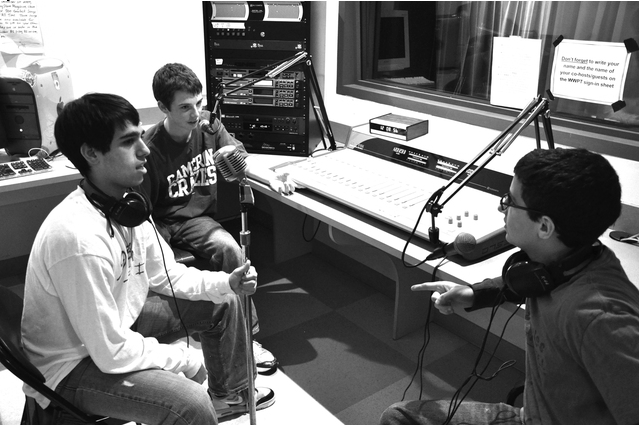 With a purpose of recognizing excellence in high school radio broadcasting, the John Drury High School Radio Awards has nominated Staples’ WWPT radio station as one of the top five in the country.

The Drury Award was named in memory of the life and career of legendary ABC7 news anchor John Drury. Now, WWPT has the chance to recieve this great honor.

After a sudden hustle of creating, recording, mixing, and cutting every radio play from an entire year, the WWPT staff managed to quickly submit their materials somewhat closely to the cutoff date.

Faculty Advisor, Mike Zito, has many years of experience in radio producing. He has helped these students succeed in doing what they love most.

“Zito trusts us because we have shown him our ability to be responsible and our commitment,” Sixsmith said.

Fellow broadcaster Friedson further explained that “every student at WWPT has grown under Zito’s wing.”

WWPT members were not only overwhelmed with the sudden recognition that they had received, but they were also enthused.

“Just to be considered for any of the titles is truly an achievment,” Friedson said.

As the Drury Awards nomination is the first for WWPT, its staff is overly humbled, and is looking forward to next year’s application process.

More preparation time will allow for more organization of their submissions, and possibly help them to recieve even more nominations in the   near future.

The potential of WWPT shows no signs of slowing down. Its future goals consist of broadcasting every varsity sporting event, bringing in bands to perform their own music, and streaming live on the Internet.